What is Golden Sugarcane Film Festival?

This is a grand film gathering that celebrates the spirit of “on-site filming, on-site post-production and on-site sharing”. Founded by local Taiwanese filmmakers in 2006, Golden Sugarcane Film Festival is a competition for 10-minute short films.

What’s the Theme of the 8th Golden Sugarcane Film Festival?

The Meinong we used to know:

Through local people’s eyes and dialogues, you may learn more about it.

Since 90’s, the community consciousness was constructed through the anti-dam movement. Meinong became not only the model of Taiwanese communities, but also the new homeland of Taiwanese Hakka culture. The township Meinong carries with itself the image of the most motivated township in social movements.

Nevertheless, we should ask if these ideal narrations about Meinong would not become another limitation for us to look it deeper. Are there any precious but hidden parts which have never been seen yet? This small township reputed with its motivated actions, perhaps it still have some pending problems to be solved, or is there any new challenges waiting us in the front? And the last but not the least, can we use the image to create a brand new Meinong?

The strong cohesion of Meinong’s community is our resources. But we are going to challenge and rethink it. Meanwhile, we wonder if we had this capability to use the images to communicate with the local groups.

This year, the «Golden Sugarcane Film Festival» comes to Meinong with these questions; we look forward to deep into local community, with all the outsider-participants, and with people of Meinong to rediscover this famous township.

Filming on-site, for the whole world to see!

A team of 3 to 12 persons who are able to make a 10 minutes film on their own, with their own equipments.

What’s the next step when you’re a finalist?

Things We Should Remind You:

The Golden Sugarcane Film Festival (Association) has the right to modify the content of this pamphlet. Any amendment will be revealed on our website: http://goldensugarcane.pixnet.net/blog .
● Application links to→ https://docs.google.com/document/d/1U8fmVKVSdm0lNEloUaSNklhvTH15CcJgGlJdNp30mpw/edit 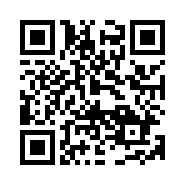