The Meinong we used to know:

─ The anti-dam movement, the ecologist convention – Yellow Butterfly Festival, all these activities and events make Meinong to be a place of progress.

─  Oil-paper umbrella, Hakka (flat) noodle, tobacco-making buildings, (word-worshipping) pavilion, all these things and spaces become the symbols of Meinong, and shape the identity of Meinong.

─  The writer Zhong, Li-he, former «Jiao-Gong» music group and singer Sheng-xhiang, from words to songs, they all contribute the cultural aspect of Meinong.

─ More than hundred years ago, the seed production tree stand, coming from South Pacific country and planted by the colonizer, has grasped tidily this land today,

─ Here, the transnational marriages rate is the highest in Taiwan, most of the ladies come from South-East Asia. They formed their family, gave birth of children and also entered into the local production system, as the seed production tree stand, deepen their roots in this land,

─ There is not only Hakka foods; Meinong has its own gastronomy characters with its local vegetables and plantations,

This year, all the cities and villages have greatly invest themselves into competition of the «top 10 tourist spots» in Taiwan, and Meinong has entered into the final round. However, we wonder if the development of tourism can bring any tangible or intangible changes for Meinong.

Through local people’s eyes and dialogues, you may learn more about it.

Since 90’s, the community consciousness was constructed through the anti-dam movement. Meinong became not only the model of Taiwanese communities, but also the new homeland of Taiwanese Hakka culture. The township Meinong carries with itself the image of the most motivated township in social movements.

Nevertheless, we should ask if these ideal narrations about Meinong would not become another limitation for us to look it deeper. Are there any precious but hidden parts which have never been seen yet? This small township reputed with its motivated actions, perhaps it still have some pending problems to be solved, or is there any new challenges waiting us in the front? And the last but not the least, can we use the image to create a brand new Meinong?

The strong cohesion of Meinong’s community is our resources. But we are going to challenge and rethink it. Meanwhile, we wonder if we had this capability to use the images to communicate with the local groups.

This year, the «Golden Sugarcane Film Festival» comes to Meinong with these questions; we look forward to deep into local community, with all the outsider-participants, and with people of Meinong to rediscover this famous township.

For us, this film festival represents not only a visual experience; we want to turn it into action!

The «Golden Sugarcane Film Festival» was established with this ambition, and it is also a native-born Festival closely related to the local community. The city of Kaohsiung claims ambitiously to become a «City of Movie and TV industry», to this regard, it has to make every efforts from the fundamental elements, the «Golden Sugarcane Film Festival» considers that this kind of “artisanal film making”, produced by the passionate youth will accumulate and become the real capital for Kaohsiung’s movie dream.

In 2006, the first «Golden Sugarcane Film Festival» was born under the efforts of «Kio-A-Thau Culture and History Organization», «Kaohsiung County Community Services Association» and «Kio-A-Thau Artist Village». The principles of the Festival are on-site filming, on-site post-production and participation of the local community. As indicated of its name – the film should be like sugarcane  rooted into its land.

The documentary of the first edition in 2006 has been selected as the fine programme for public channel. In 2007, this second edition received 58 applications, including overseas’ registrations. And many of productions of this edition entered also into the contests such as Taipei Film Festival, Taiwan Youth Film Festival etc. Media and public started to pay attention to «Golden Sugarcane Film Festival», it is also becoming a new stage for young film makers, and bringing a new strength for Taiwanese films.

In 2008, the third edition was extended to Taipei; two forums were held both in South and North. We invited the film makers, services organizers of the community and artists to participate. The film becomes the medium for reflection on the community and development between the city and countryside.

In July, 2009, the «Golden Sugarcane Film Festival Association» was established in order to manage the permanent administrative works. In 2011, the number of short films created within this festival was more than 100. They all contributed in preserving the precious images of local culture. However, these images are not only serving as local archives. We can see the young film makers propose actively their observations and imagination as new strength to improve local development.

The «Golden Sugarcane Film Festival» is also an international festival. More and more groups from all over the Asia to join us. We wish that we can share the passion of the image, and from there to connect the whole Asia and make Kaohsiung as a hub for film making.

We made every effort to spread our messages out of our base – Qiaotou (surname of Kio-A-Thau Artist Village), and we look forward that this year, the «Golden Sugarcane Film Festival» will reach a larger public and become more influential. This is also the reason why last year, we made a move to shoot and conduct all activities in the “Dalinpou”, an industrial village in Kaohsiung, who is going to be relocated because of the serious pollution problem. This year, we are heading for a township standing on the hill – Meinong, we want to “plant” this golden sugarcane in each corner of Kaohsiung, and let the people of Kaohsiung rediscover the «Golden Sugarcane Film Festival». 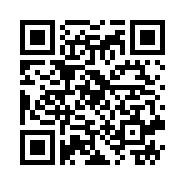